It’s faint in comparison to Istanbul, however you are still woken at dawn by the call to prayer. We are in a Jewish neighborhood but sound travels and as the crow flies we are not too far from the Muslim quarter of the old city.  The call to prayer is soothing. It’s unlike any alarm clock I have ever set.  I like it. I don’t pretend to understand it but I appreciate it.

On our roof top terrace the sun could be seen in the distance just beginning to clear the eastern rooftops.  It’s quiet and it’s peaceful. Time to get after it. Time to find an Arab taxi (it’s Shabbat so there is no Jewish transport today) and head down to the old city.  We were dropped at a cab stand in the shadow of the Damascus gate. Our driver recommended Al-Ayed for breakfast so we strolled in to the back and sat down at a table with some Spanish pilgrims.

“What you like my friend” were the first words uttered by our waiter. Some fresh squeezed juice with mint tea and an assortment of Arab dishes quickly found their way to our table. Delicious and abundant. Portion sizes are crazy and smiles are followed by make it stop before I pop.

We paid our shekels, took our chances, said our goodbyes and crossed the road through the gate into the city of David. Wikipedia says there have been people living, loving, and fighting here since the first millennia BC.  We followed the stations of the cross (as you do) and touched Jesus’s hand print. History describes the place Jesus caught himself from falling as he stumbled carrying the cross.  No big deal, just that, just Jesus.

As you wander the maze that is all four quarters, you find yourself mesmerised by gentle people selling to gentle people. Muslims stick to muslims. And Jews seem to stick to Jews, but there is simpatico.

Visiting the Western or wailing wall on Shabbat is a treat. It’s full on, it is busy and it is a lesson in what this place means to the people that worship here. The western wall of the city is the support wall for Temple Mount.  It is sacred and grand.  A moving experience, of that there is no doubt. 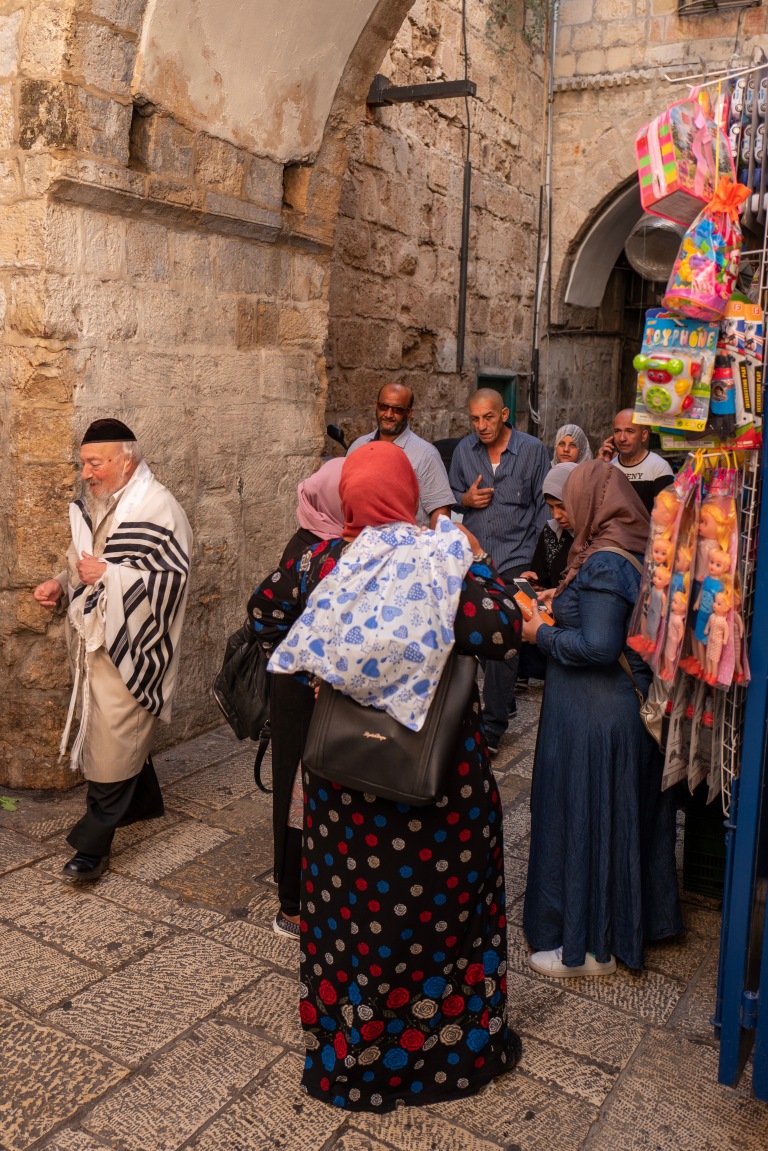 With our next steps we returned into the Muslim quarter and continued our quest to absorb the place, the people, and the history.  Dale got a haircut, and I watched intently as a Arab man sat inches from me and entrusted the barber to sharpen his straight razor and shave away.  Three minutes of precise shaving and good as new.  Feeling fresh and crisp and ready to take on the rest of the day in the market. 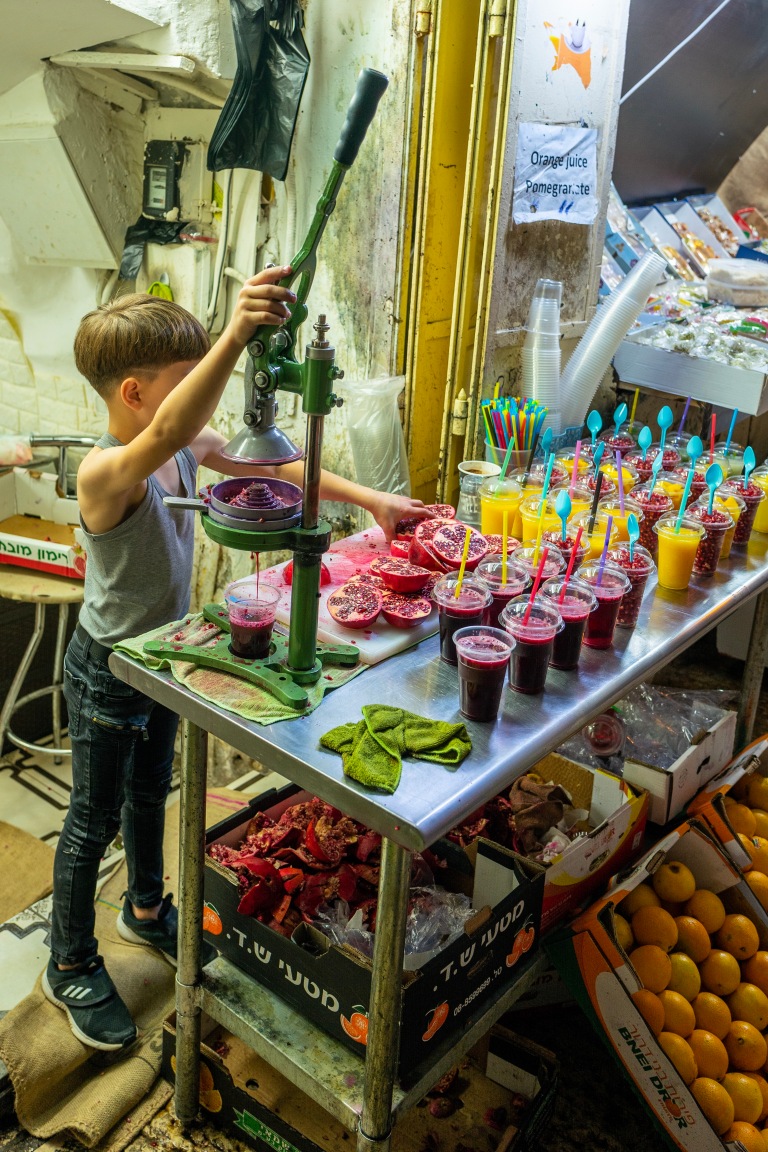 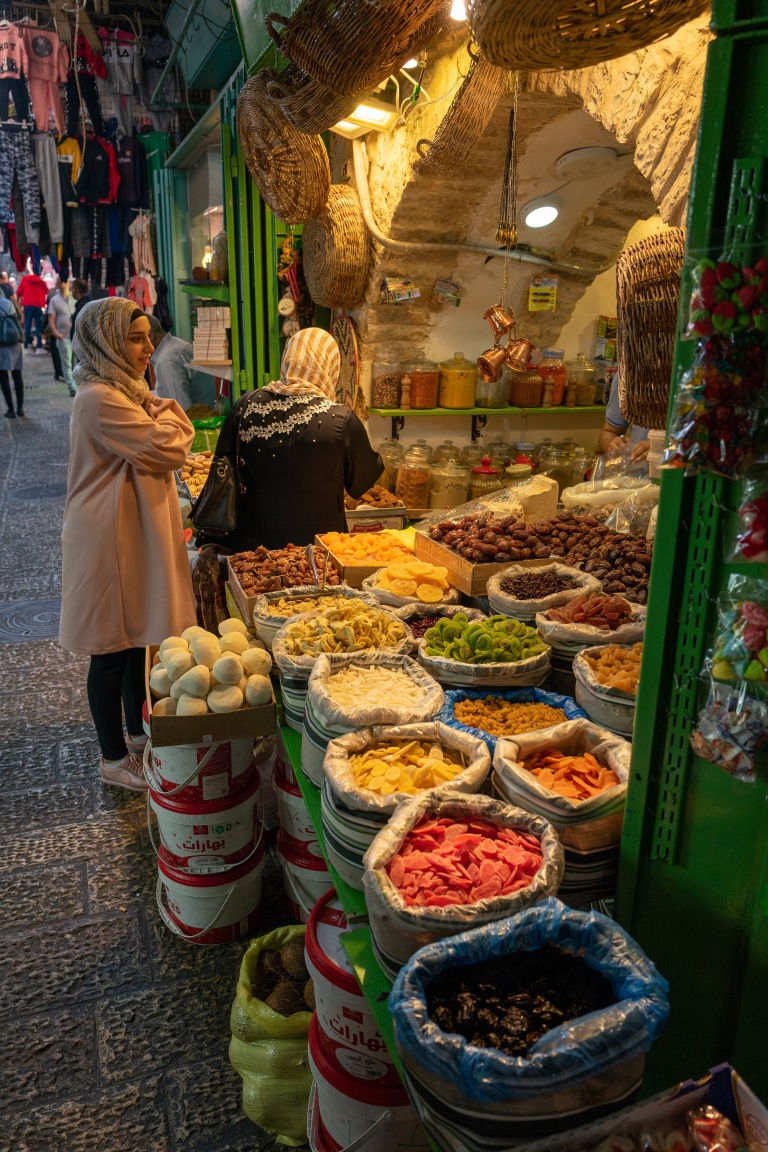 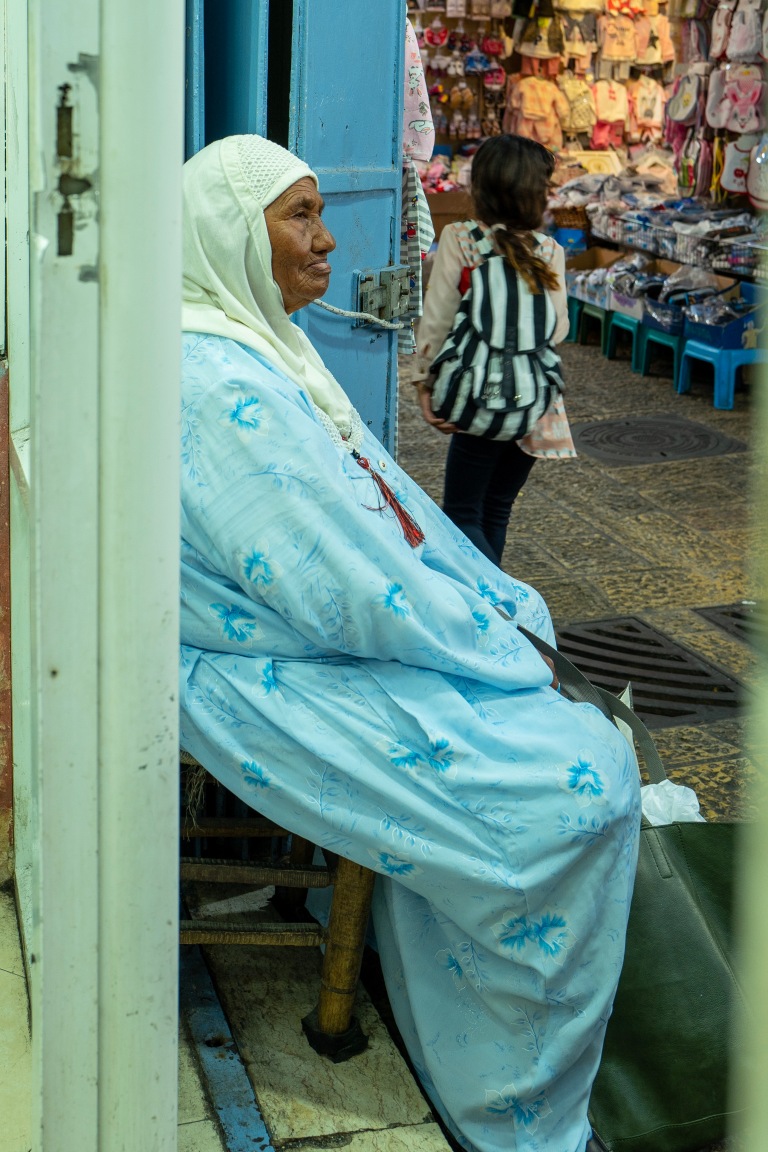 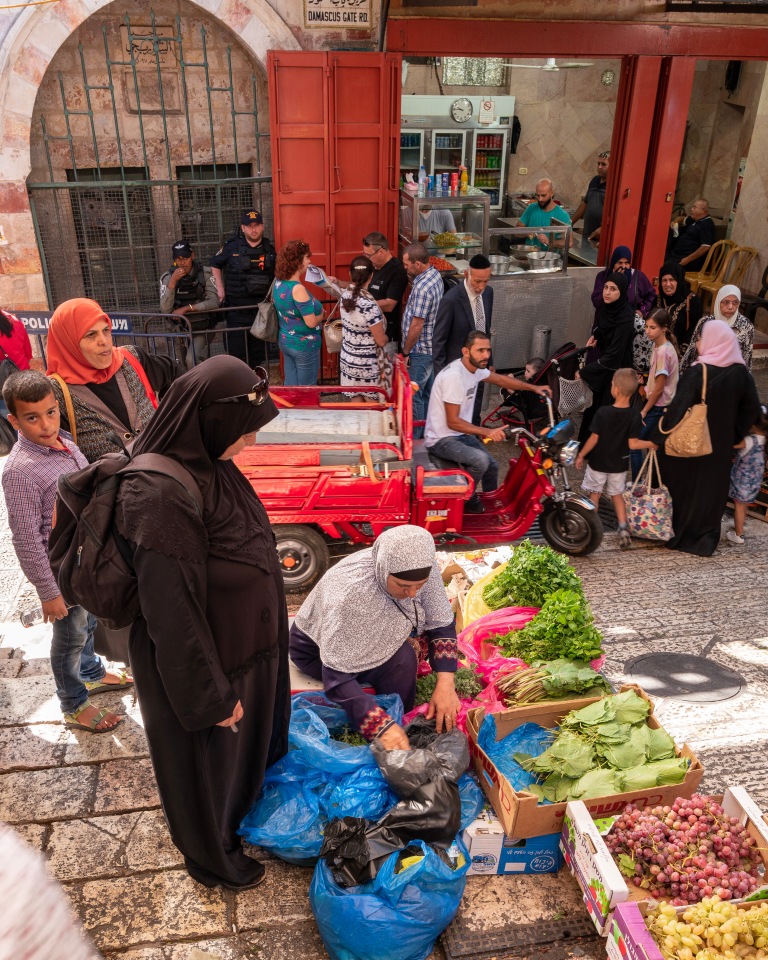 A young man of four or five made us a fresh squeezed pomegranate juice.  He was extremely well mannered and the apple of his dads eye. “He is a good business man” dad remarked as junior took our shekels.  I decided to haggle with a shop keeper.  He started at 300 Shekels.  I countered with 60.  He worked the game hard until I walked away for the last time,  He chased me down with his final offer of 60.  1-0 Mark.  That never happens!

We are now back relaxing on the terrace and contemplating Palestine tomorrow. Shabbat is soon over and the Beer Bazaar should be opening their draft taps Inshallah.

2 thoughts on “REMEMBER THAT TIME WE HUNG OUT AT THE DAMASCUS GATE?”